Introducing the Zheng He

The STAR TREK UNIVERSE collection presents high-quality model replicas of the starships featured in all the latest, live-action STAR TREK tv shows, including STAR TREK: PICARD, STAR TREK: DISCOVERY, and the forthcoming STAR TREK: STRANGE NEW WORLDS. Each model is made from a combination of die-cast metal and high-quality resin and comes with its own presentation stand and a 16-page magazine.

A formidable Inquiry-class Federation starship named for a 15th-century Chinese admiral, the U.S.S. Zheng He was touted as the toughest, fastest, most powerful ship Starfleet had ever put into service. In Star Trek: Picard, William Riker returned from retirement to captain the U.S.S. Zheng He into battle above the planet Coppelius.

At the turn of the 24th century the Inquiry-class U.S.S. Zheng He represented the cutting edge of Starfleet’s ship design. It was a massive ship that was warp capable, and heavily armed. As Admiral Will Riker described it, it was 'the toughest, fastest ship Starfleet has ever put into service.'

La Sirena was a privately operated freighter, under the command of former Starfleet officer Cristóbal Rios. In 2399 it was hired by Jean-Luc Picard to help him find the android life-form Soji Asha.

Under the command of Kar Kantar in 2399, the Romulan bird-of-prey was an antique. Kantar was using his ship to terrorise the Qiris sector after the destruction of Romulus and the collapse of the Romulan Empire.

This sharp-edged, angular warbird was employed by both the Romulan Free State and the secretive Tal Shiar intelligence agency, as they exploited the secrets of The Artifact, a vast, dormant Borg Cube!

A nimble, warp-capable Romulan scout vessel, the Snakehead’s small size belied its formidable armaments and cloaking capabilities. The Romulan spy Narek flew this particular starship in pursuit of Picard and his comrades aboard the La Sirena, as they fled The Artifact in search of Coppelius. 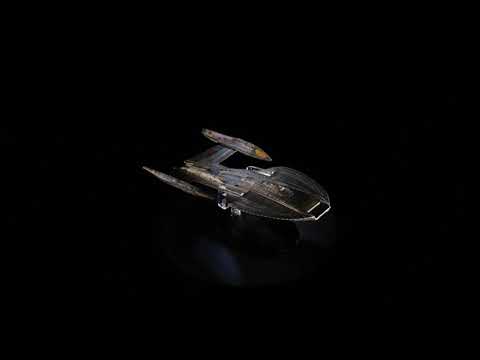 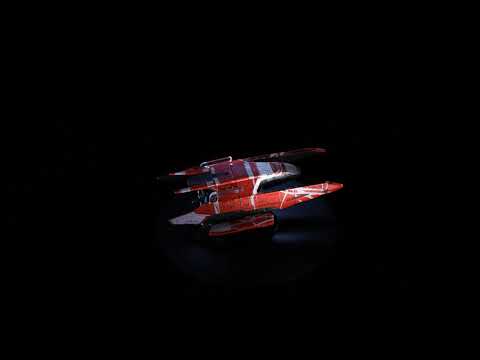 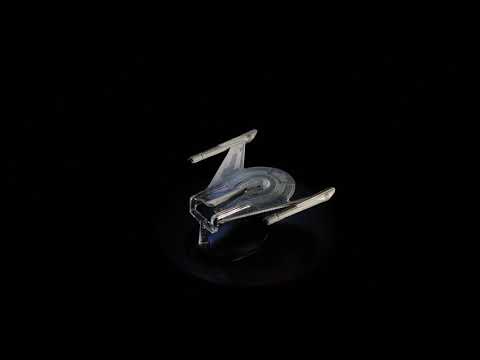 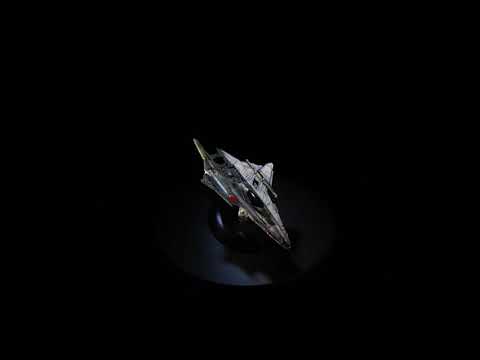 This new collection replaces our STAR TREK: DISCOVERY run – bringing together all of the new Star Trek live-action series, including Picard, Discovery and the highly-anticipated Strange New Worlds.

What will I receive in my first subscription box?

Transported to you will be your first model ship, the iconic Zheng He from the hit series Picard, along with an in-depth full coloured magazine.

View All
I am already a STAR TREK: DISCOVERY subscriber. Do I need to resubscribe?

The Discovery collection has run its course for now, so you will need to subscribe to STAR TREK:UNIVERSE. But don’t worry, new Discovery ships will be included in this brand new 'ships of the line' collection, alongside ships from Picard, Strange New Worlds and more.

What will I receive each month and how much will it cost?

After you receive your introductory package, you will receive 1 new ship and magazine every 3-4 weeks.

You will automatically be charged £34.99 per ship (+ £2.99 P&P per ship). What you receive each month (ship, price and shipping fees) may vary depending on the offer you selected.

With your 11th and 21st shipment, you will receive an extra binder charged an extra £7.99 each to keep your magazines in pristine condition.

You will also receive fantastic gifts worth over £100 during your subscription!

How many ships are planned for the whole collection?

There are 30 ships planned for this line-up, including ships from the hit shows Picard and Discovery Season 3, along with the new show, Strange New Worlds. The collection can potentially be automatically extended to include any new ships related to future new shows and seasons.

What are free gifts, and can I get them without subscribing?

Our gifts have been created for the collection and are exclusive to subscribers. All active subscribers are eligible to receive free gifts throughout their subscription. If you cancel, you can keep the gifts already received.

What are specials issues?

We have created and selected a number of special items (scale model, exclusively commissioned art print, collector items, etc) to complement your collection.

You will receive details and pricing in advance so you can tell us if you do not wish to receive these.

What methods of payments do you accept?

You can pay by Visa, Delta, Mastercard or PayPal. Please call our customer services team to make the arrangements if you have an issue subscribing.

You can contact our customer service team at [email protected] or call 0345 155 6387. If you email the team, please include your name and subscription reference in the subject line.

I can't get through on the phone number given. Can you help?

We have several lines dedicated to helping you, but they can be busy at peak times so please keep trying. Alternatively, please email our customer service team at [email protected]  Please include your name and subscription reference in the subject line.

The website is not working properly for me, what should I do?

The website may be experiencing a technical issue. Please refresh your browser and reload the page. If you are experiencing problems getting through to the secure order area when trying to place a subscription order, please email us at [email protected]. Please include your name and subscription reference in the subject line.

Can I pause my subscription?

You may cancel at any time giving 28 days’ notice. Please contact our Customer Services Team on 0345 155 6387 or email [email protected]  If you email the team, please include your name and subscription reference in the subject line.